Covid-19 Update: All Orders & Deliveries Are Shipped From The UK And Will Be Fulfilled As Normal, Click For Full Details 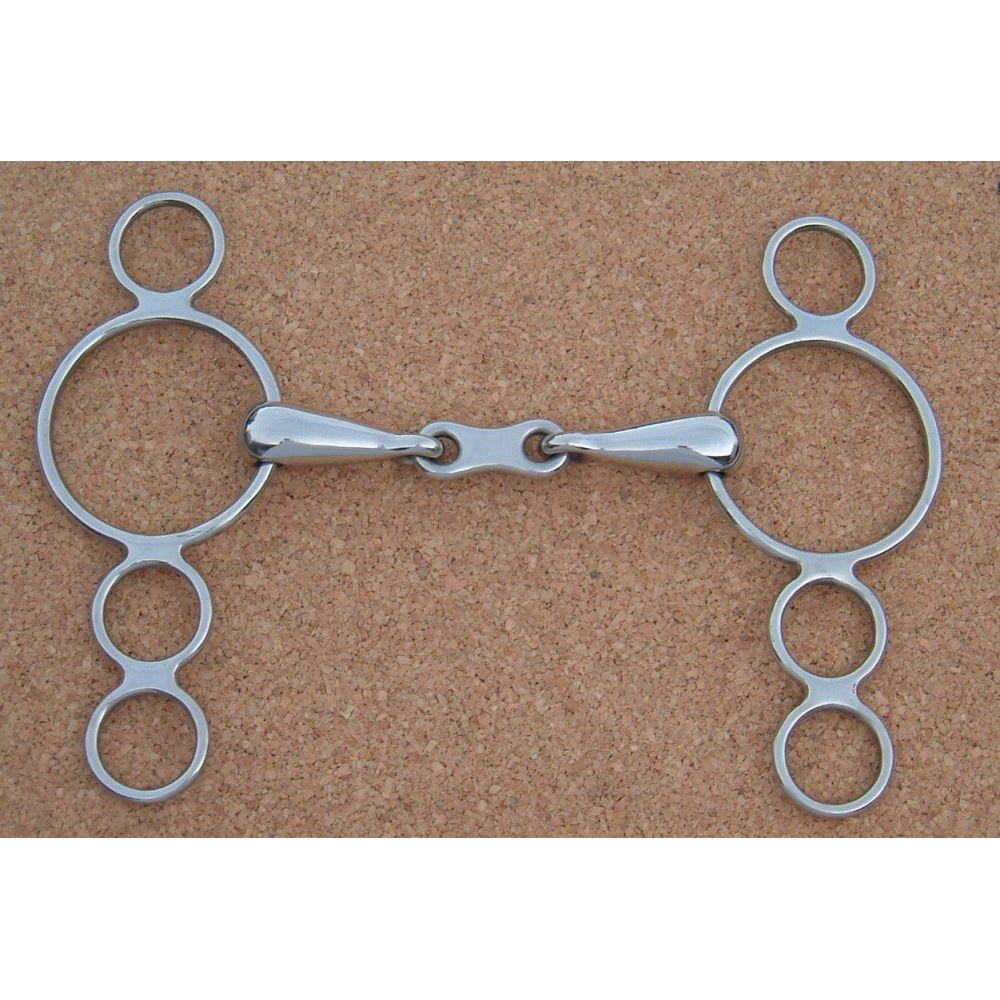 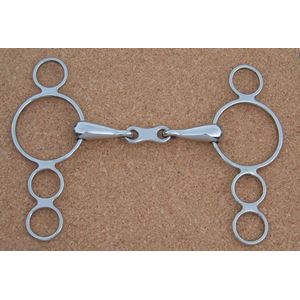 The continental french link snaffle bit can also be known as a 4 ring, dutch gag or even as a bubble bit. French link mouthpieces soften the action of a single jointed bit by eliminating the nutcracker action, by means of a shaped flat plate which lies across the horses tongue. Continental bits work by raising the bit up in the horses mouth in a similar manor to a conventional gag, but there is a limit to the extent this can happen thus lessening the severity. In addition to this, a lot of poll pressure is easily achieved on the lower setting of the dutch gag which is why ideally two reins should be used to ensure a correct contact can be maintained on the snaffle rein without poll pressure when necessary. The cheek of the jointed dutch gag involves a series of steel rings, the main snaffle ring with one smaller ring above and two below, enabling a number of different positions for the reins. Correctly, the 4 ring bit should be used with two reins, one on the main snaffle ring, and a second on either of the lower two smaller rings depending how much poll pressure is required. Often this bit is only used with one rein on the lower rings, but ideally if only one rein is to be used the bit should be used with roundings to maintain a better contact with the horses mouth. Originally designed to emulate the effect of draw reins in the showjumping arena, the continental snaffle is a popular bit for horses and ponies, and useful for horses that dislike a curb but respond well to poll pressure.

To see postage rates for all other areas of the UK, overseas and our full delivery terms and conditions, please see our full DELIVERY TERMS


When you select an option for a product, it will either show the item is 'in stock' or there will be an 'available to ship in' showing in yellow. An 'available to ship in' is in addition to the delivery timescale above. If you have any questions about when you will receive your order, please contact our dedicated support team by email or phone on 0344 8806900

We hope you will be delighted with your purchase from The Saddlery Shop, but if for any reason you would like to return an item you have 14 days from receipt to return it so us for a full refund or 30 days if you wish to do an exchange.

Please see our Returns Policy for our full terms and conditions with regards to making a return, which also includes our returns form and address label to ensure we can process your return as quickly & efficiently as possible.

CUSTOMERS WHO BOUGHT THIS ALSO BOUGHT

Winner of the BETA Business Awards 2017

Not the tasty chocolate chip kind, but important for you to know - we use cookies to offer you the best experience possible when shopping with us.
Continue to browse if you're happy with our Privacy & Cookie Policy.